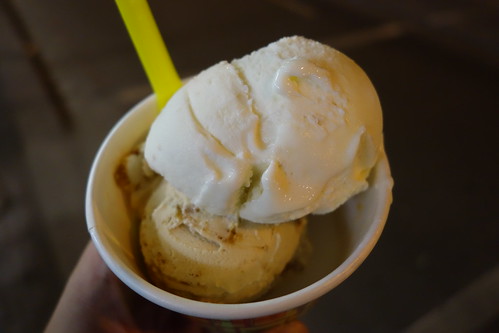 Gelato Messina in Fitzroy is another popular Ice Cream and Gelato shop in Melbourne. Originally from Sydney, they have opened their doors down in Melbourne in outer rim of Melbourne’s CBD. What attracts people here is of course their interesting selection of ice creams but having a great depth of flavour as well.

One of my highlights was their Lychee and Coconut gelato. The Lychee flavour is fruity, flavourful and not artificial like you’re eating Lychee essence. The dessicated coconut that weaves through the ice cream, gives it added texture and complements the Lychee well. Tastes fresh, rich and yet not overwhelming with sweetness as some ice creams would be.

Their Hazelnut ice cream is similar to most other gelato stores such as Il Dolce. I would have preferred a bit more nuttiness with chopped hazelnuts, but the flavour of it was quite good.

The interesting other flavour was their Yoghurt & Berry which I’ve never had previously, with poached raspberry and blueberry coulee. The actual ice cream is more milder in flavour but with the berries which bring the sweetness and a tad of tartness, it does make for a great combination. 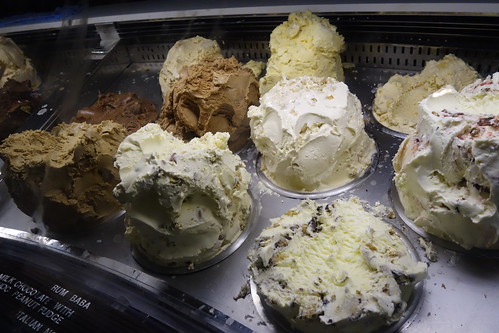 Impressions
They have a plenitude of flavours to choose from, and in addition to their specials that change regularly. I’d definitely recommend giving it a try when you’re out about in Melbourne, or in Sydney for that matter.

Once you do give it a try, you can see why it remains popular to this day. With queues even during the evening.