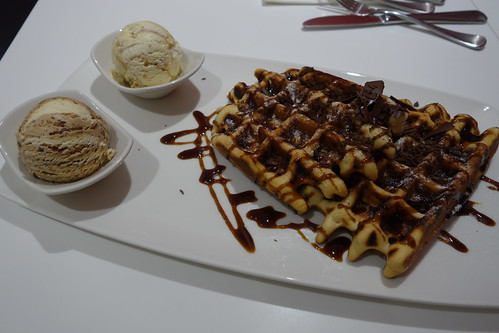 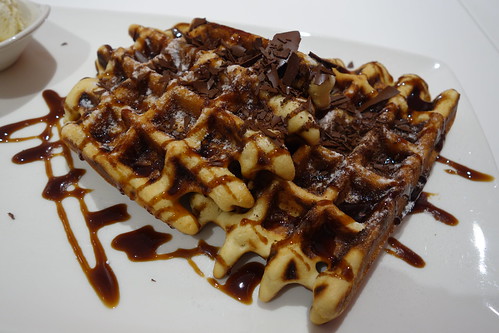 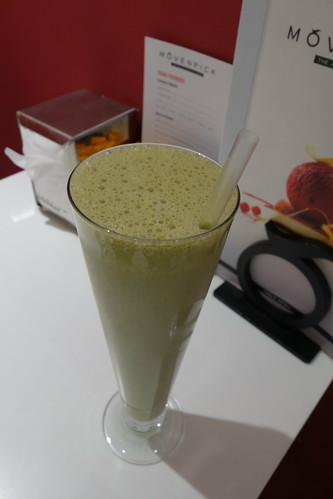 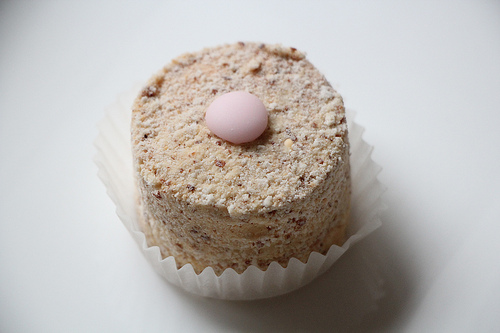 I discovered Tanner’s Swiss Patisserie whilst heading for lunch on Blackburn Road. Apparently Tanner’s has been there for decades, and it has this lovely wooden cabin exterior which is so visibly different from the shops around it that you’ll be instantly drawn to it. It’s a small shop but never quiet. The Patisserie sells cakes, tarts, pastries and bread and of course coffee.

Their mini pastries, cakes, and tarts looked delightful so we had to try a few. The pastry pictured above is filled with Hazelnut cream. I’m not quite sure of the advertised name but we bought this because she mentioned hazelnut. Its like a light cookie crumb with a layer of hazelnut cream inside. I found it very sweet overall, and a bit lacking in hazelnut flavour to be honest. It looked fantastic though.

Tanner’s Pecan Pie is as it looks, rich but definitely oozing in flavour.The pecans are still crunchy, with a dark and rich sweet hardened filling. Even though it’s sweet, I found it to be more well rounded in its flavour. The pastry is nice, short and crispy. With a lovely butter texture to it. A real treat.

Their Linzertorte, which is basically a jam filled cinnamon and clove flavoured butter pastry. The tart is perfect, again short, crispy with that rich buttery taste. The ground cinnamon and cloves give the pastry an extra kick and usually with Linzertorte, the pastry is also made with ground almonds that give it a softer texture than most shortcrust pastries. I find that the jams or berry preserves used in Linzertortes to be overly sweet and the ratio between pastry and jam leans too far in the favour of the jam. A very thin layer is all that’s needed in my humble opinion, or a reduction in sweetness in the jam but I think that’s the more difficult option to produce since a lot of sugar is required to give it that texture and consistently.

Tanner’s Apricot Almond Tart is also very tasty. The pastry again is top notch, buttery and crisp.  The tart is glazed with sugar to give it that glistening shine. Using ground almonds gives the tart a moist texture to it and definitely one of the better tarts I’ve tasted.

Tanner’s Swiss Patisserie has wonderful pastries and tarts but like most patisseries their sweet delights are a tad too sweet for my liking. A small bite is all I need to be satisfied and these little tarts will do that just fine.