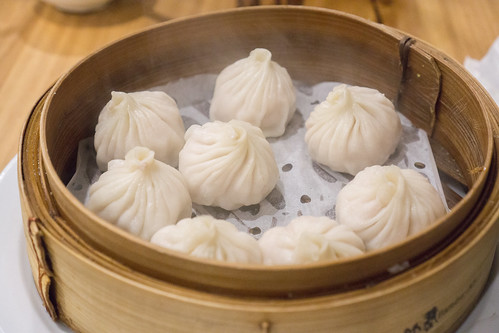 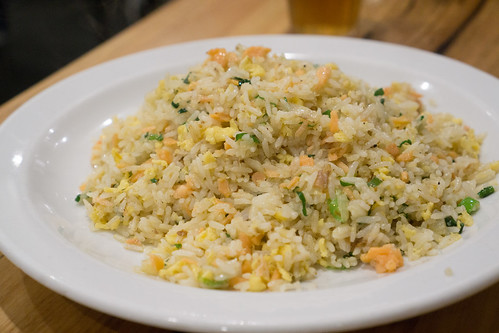 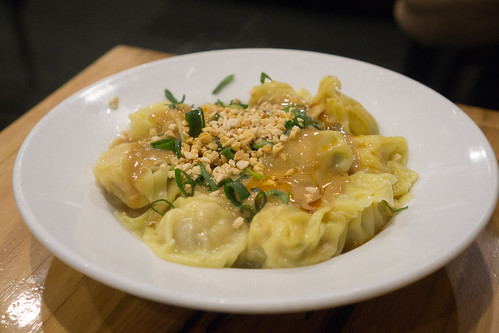 Noodle Factory’s Singapore Fried Noodles reminded me of those Chinese Food take-away meals, with it’s generous use of curry powder. It isn’t something I would order again though.

Their Beef Hor Fun was interesting in that the noodles itself were not the soft flat rice noodles I’m used to. The noodles here are a bit denser, with more bite so it’s actually quite different to the Beef Hor Fun’s I’ve tried before. Flavour wise, it didn’t standout or have the signature “hot wok” flavour you would tend to get with this dish. However, for just a meal to fill you up this would be sufficient.

Impressions
Maybe my tastes are just so disparate from the locals considering the positive reviews by most compared to mine. Or we just lucked out with the three dishes we tried.

Jalan Alor is small Malaysian restaurant in Melbourne’s China Town. It’s part of the renovated walkway that once held Village Cinemas, if you can remember that far back! At times you might be hard pressed to find seating as this restaurant seats is extremely low. If you do get a chance to eat here, it is worth it.

Their Curry with King Prawns tastes just as good as it looks. With the tomato and eggplant giving it a nice flavour, along with the pleasant curry taste. It is a surprisingly good dish to order.

I found the Char Kway Teoh on this occasion to be slightly overcooked. It had a slight burnt taste to some of the noodles but it didn’t spoil the whole dish so I set the few strands of noodles aside. Other than that, it was quite tasty. It had the crispy lard that not many places cook with so that sets it apart from other Malaysian restaurants. I asked for spicy but it was not spicy at all so not sure what happened there. Overall, it was nice but there are some let downs as I mentioned before.

Their Char Hor Fun was quite nice. There are some varying styles of this dish, some don’t cook the kway teoh in the wok as much (or at all) but I prefer it when they do. Jalan Alor does this and it’s great. It has that nice “wok flavour” as some puts it. The egg base sauce is also tasty. It is definitely hard to do a bad egg sauce though.

Iced Red Bean Drink with Coconut Milk is also another winner. It’s not too sweet, nice and chilly on a warm day. The red beans add the sweetness to the drink, and the coconut milk add that creaminess. I’d order it again!

The food at Jalan Alor is quite good, along with their drinks. However, I found their service to be slightly lacking. The waitress’s didn’t know what fresh chillies are. For a Malaysian restaurant, I feel that’s severely disappointing. When we asked for a plate to put the rice on for the Curry with King Prawns dish (the bowl was too small!), she didn’t know what we were talking about and had to ask another one of the staff. The other staff asked if we would like a small plate and it seemed like it was a lot of effort for them to bring one out.

Other than that, I’d go back again. I have been there a couple of times, but this was my most recent experience.