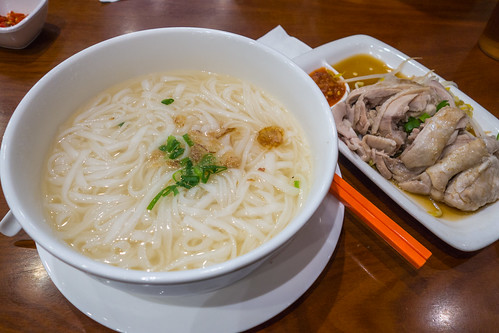 Petaling Street Box Hill re-opened its doors last year after what seemed like years when it unexpectedly shut down. Today, the venue seats quite a large number of customers and marks a return of the Malaysian cuisine to the Box Hill food scene. Box Hill now offers a range of choices from what seemed like years of only Madam Kwong’s, with Straits of Malacca also having opened its doors last year.

The Box Hill outlet serves the same menu options as its other Melbourne counterparts, but where it differs as you’d find with most outlets of the same name that the standard of the food varies.

Their Ipoh Hor Fun is one of those differences unfortunately. The soup base lacks depth in flavour but general blandness in taste.  I found myself in the situation where I needed to add soy sauce to the soup for taste. The chicken served also lacks flavour but at least it has a marinate. In most restaurants, the cut of chicken served would be a selection of cuts but mostly the tender and moist parts of the chicken with bones being mostly a small inconvenience. Maybe I’m just a bit lazy, but it’s something I often never seem to come across when I order a Ipoh Hor Fun. 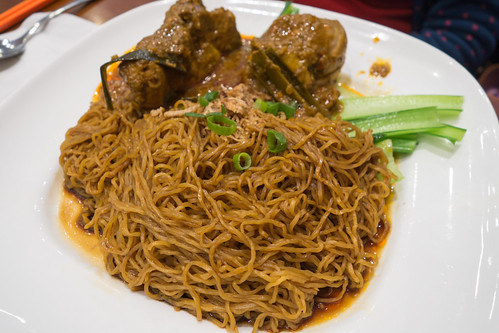 The Dry Curry Noodles (Chicken), at least has great curry flavour and sauce. It’s rich, slightly creamy but still a tad spicy and goes well with the noodles. My only con is for a tiny bit more curry sauce to flavour the noodles as well. 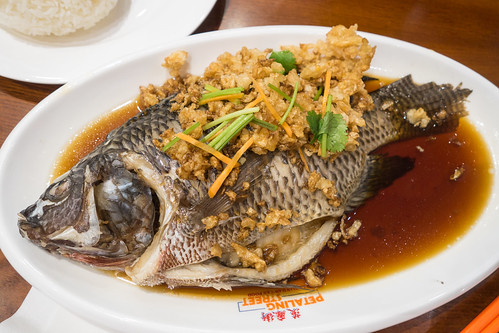 As with the other Petaling Street restaurants, they also offer fish as a menu item. Steamed and Fried varieties. Their Steamed Fish was surprisingly decent, the sauce was flavourful, but the balance wasn’t quite perfect. The garnish of these fried pieces adds a bit of crunch and is most welcome.

Impressions
Overall, I found Petaling Street to be slightly underwhelming. The food standard here isn’t as high or as tasty as you may find in Glen Waverley but I only hope as time passes, it gets better with age.