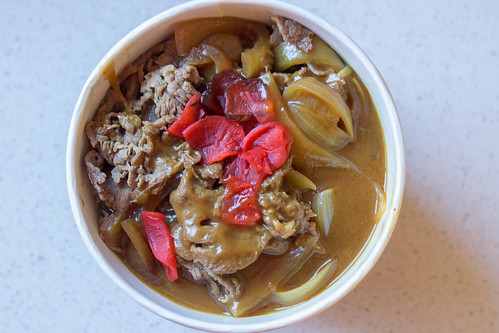 Rice Workshop is still one of my favourite Japanese fast-food places in Melbourne. Luckily, I’m spoilt and there is one in Box Hill so close by for me that I regularly order their Japanese curry or sometimes just a Green Tea or Black Sesame soft serve when I pass by.

It’s similar to Hanaichi in that food definitely comes quick, and it doesn’t necessarily mean it lacks anything in taste. Their Beef Curry even in a small serve can be sufficiently filling, with generous amounts of curry and beef. However, what I find it lacks in is potatoes or some vegetables to make it a more balanced meal. Other than that, I really do love the curry there. 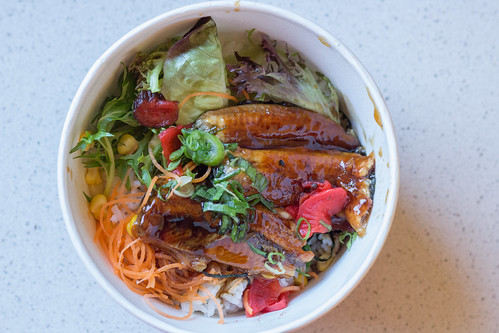 Not on their main menu, they sometimes offer the Unadon or their Fried Eel, which has a lovely aroma to it. Definitely just for fans of eel, which I am not.

Rice Workshop have a few difference variations of their Beef Rice Bowls, along with Chicken Rice Bowls, and the curry you can order it with Chicken or Pork Katsu, Grilled Chicken or even Tofu as a vegetarian option, and of course, some Udon and Soba options as well. I find their selection of dishes to be great and honestly, price wise it’s good value too. 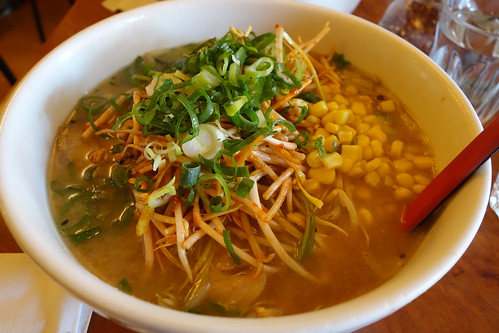 Momotaro Rahmen on Bridge Road, Richmond is probably one of my favourite Japanese ramen and curry rice places in Victoria. With their generous portions and delicious offerings, I have never been let down by Momotaro after nearly three years of dining there. Some might say that the generous servings are because the prices are higher, and while that is true as their prices are usually $12+, I’m frequently completely full (and then some) by the end of it. It’s not just great tasting Japanese food but also fresh, and a bit health conscious as well as they serve brown rice with their rice dishes.

The Ramen pictured above is their Negi Miso Ramen, which contains leak and pork with hot chilli, and served in a soy bean soup broth. This Ramen is probably one of their more spicier menu items but if you preferred another Ramen such as their Tonkatsu Ramen you can always add chilli flakes (I always do). The Negi Miso Ramen is incredibly tasty, and the soy bean broth adds a subtle flavour to the soup. A winner 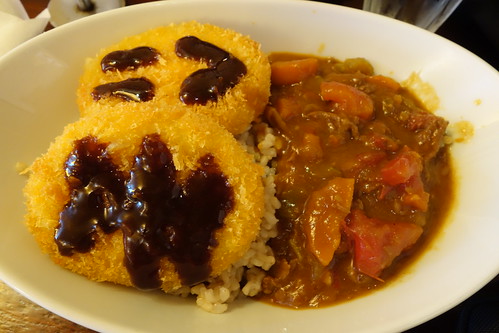 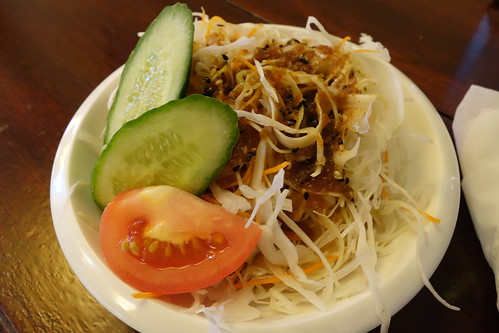 While their Ramens’ are top notch, I do frequently order their Beef Curry Rice with Potato Croquette. It’s served with a salad dressed with sesame oil and a few other ingredients. I love a good Japanese Curry and this one hits the spot, the beef is nice and tender (not tough at all), and the potato croquette freshly served is crispy on the outside, yet fluffy inside. Flavour-wise, the curry is one of the best Japanese curries I’ve tried.

Impressions
Momotaro Rahmen is frequented by many and you can tell why. Tasty dishes at a good price will keep customers coming back for more. I’d definitely recommend Momotaro Rahmen for those looking for delicious Japanese cuisine.

I first came across Pepper Lunch when I was on holiday in Singapore. They had one of these stores in a basement food court below a shopping mall. Pretty much what attracted me was the word pepper as I love pepper on nearly everything. Pepper Lunch is originally a Japanese “fast food like” restaurant chain, that is pretty common in South East Asia. Fast Japanese food that comes on a sizzling hot plate? What else could you ask for!

I saw something on the menu that seemed kinda interesting, Japanese Curry with Rice and Hamburger. Obviously, I had to order it and it came out pretty fast as expected. The curry bubbles away as it arrives on my table and looked delicious.

The curry comes with the standard potatoes and carrots, but on top of the rice we have steamed carrots, beans, corn and boiled egg. I quite liked the flavour of the curry, a tad spicy which isn’t something I ordinarily get with a Japanese curry but the hamburger that it comes doesn’t seem to mix all that well with the curry flavour. The hamburger patty is quite nice if it was on a burger bun  but here it is from two different worlds.  I think diced beef would have worked quite well here.

Pepper Lunch also have a small selection of rice dishes in bowls. We ordered the Salmon Teriyaki with rice. It’s a smaller serve compared with the hot plates but nonetheless tasty. The teriyaki flavour is sweet and different to the teriyaki flavours in other Japanese restaurants , it isn’t something I’ve had many times before but the interesting flavour is quite nice.  The salmon is cooked well, not overcooked in the least. A bit of chilli oil on top just makes this dish better.

The Chicken Teriyaki is quite similar to the Salmon dish , with not much else to comment on. The chicken was cooked well and I quite liked the taste of it actually.  I find it different to Hanaichi’s Teriyaki dishes but both are great in their own ways.

I wouldn’t say the food here is the most authentic Japanese food I’ve eaten but it’s delicious, great flavours and fast. Can’t go wrong with that in my book.