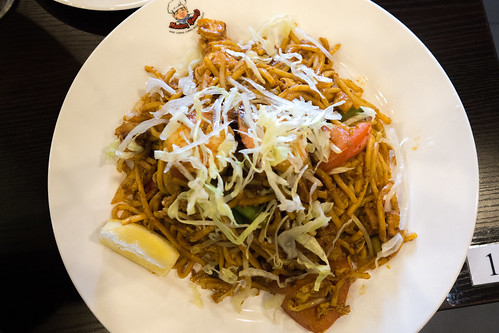 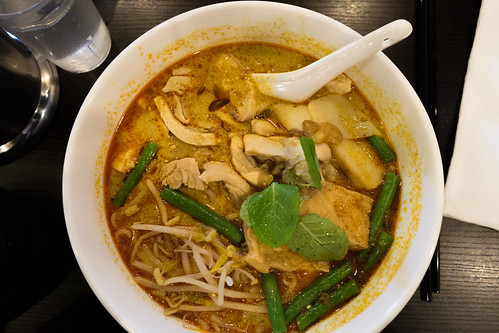 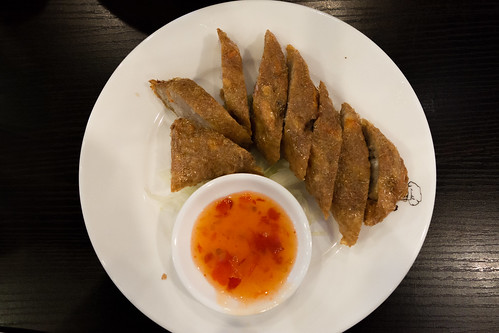 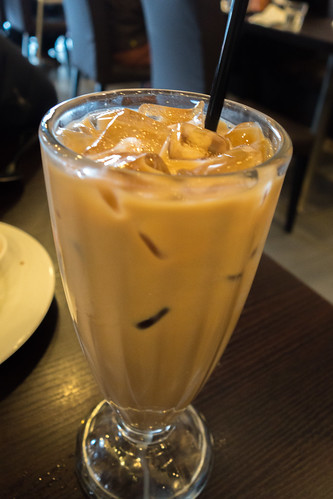 Madam Kwong in Box Hill is one of the very few Malaysian restaurants around these parts. Not only that, it’s one of the very few authentic Malaysian restaurants around. Having opened not that long ago, this small shop is seemingly always filled with people. Probably because of the lack of seating, but also frequented by Malaysian Australians. You can tell just by hearing their accent! I digress. From what I’ve been told, the food they serve here is Penang style cuisine which I’m actually more used to since my parents are from Northern Malaysia.

What they also have retained from Penang is their smaller portions. It’s not exactly small but for the price it leans towards being expensive compared to other Malaysian restaurants in Victoria.

I ordered the Nasi Lemak with Beef Curry. I actually really loved the curry, it was just creamy enough but not overwhelming and had also just enough spices and hit of chilli. I really couldn’t ask for a better curry to go with my Nasi Lemak. What they lack here though is a sambal of sorts, they included the preserved vegetables (behind the rice) but sambal is almost a necessity for Nasi Lemak so that in itself was slightly disappointing. However they do make up for it with generous serving of beef. They add all the other common sides, egg, cucumber, nuts, anchovies and scented rice. Overall, I was still pleased with the dish and at least the curry made up for any shortcomings.

Madam Kwong’s Char Kway Teoh is packed full of flavour. You can really taste the heat of the wok come through and of course you can’t have a Char Kway Teoh without a bit of spice. We asked for spicy, it was, sort of. Not as spicy as I would have liked though. The noodles were seasoned and cooked well, with all the things you’d come to expect with this dish. A satisfactory dish I would say!

What I was very disappointed with was their “Ice Kacang”, and I use quotation marks with that because I really don’t know what we were given. I mean it meets the literal definition of Ice Kacang (shaved ice and beans) but it was basically sugar syrup and ice. It needed a serious tablespoon of brown sugar syrup, a bit of condensed/evaporated milk and thinly shaved ice. It actually tasted like those snow cones that come with just cordial/liquid sugar flavourings and ice but not even as good as that. It was also extremely small for the price. Wouldn’t order it again.

Their cendol was indeed better. The cendol (green jellies) seemed fresh enough, not rubbery or hard. The jellies had a delicacy to it. It was quite creamy with the coconut milk and brown sugar and very sweet. I think they added too much coconut milk for my liking but it wasn’t in anyway bad like their Ice Kacang was. Would I order it again? Hmm, probably not. Again portion size is to be considered for the price, I wouldn’t. Straits of Malacca and ChilliPadi Mamak do it better and bigger.

I liked their food, there isn’t too much variety on their menu but what they serve in terms of hot food is tasty and that’s all that really matters here. The desserts, and even their Kuehs’ I find them to be on the sickly sweet side but I guess some people like it that way. They also are partly a grocery store (well they sell a few grocery items) and frozen dim sum dishes so even if you may not fancy their food, if you’re in the need of a few Malaysian ingredients this may be very well be the place to stop at.