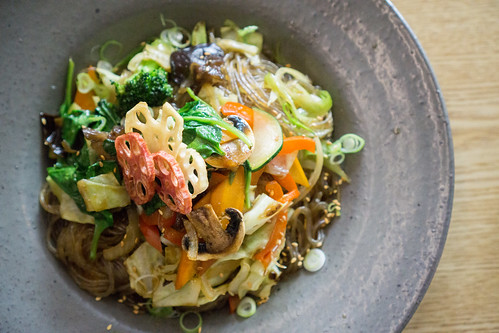 Miss Korea Kitchen located along Burke Road in Camberwell, serves fresh, healthy and authentic Korean cuisine. They offer the typical Korean dishes such as Korean Fried Chicken, Bulgogi, Bibimbap, Korean BBQ with customers being able to choose their protein (e.g. chicken, beef, pork or veg) with many of their offerings. 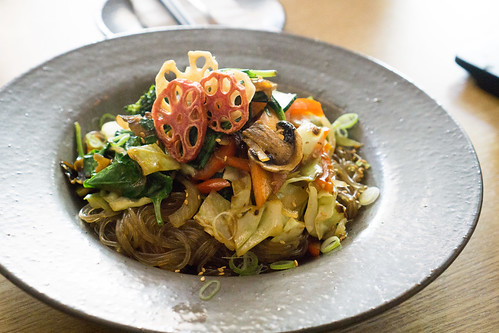 The Japchae at Miss Korea Kitchen is one of the better Japchae’s in Melbourne. It’s closest competitor and reigning champion is Don-Udon‘s flavourful Japchae. Here, the Japchae has that subtle work flavour with fresh vegetables and crispy lotus root on top. The flavour is a bit more subtle overall as compared to Don-Udon’s version but it’s tasty nonetheless. You can order their Japchae with Beef, Pork, Chicken, Tofu, Veg or Seafood which are pretty much all the options you could think of. 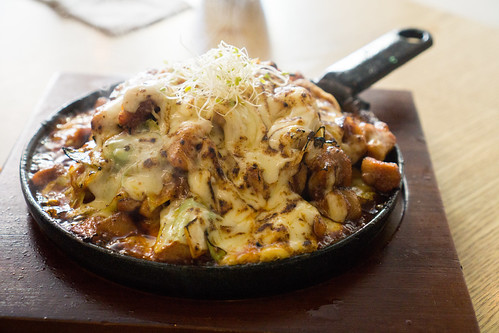 The best Cheese Buldak or Chicken and Cheese Bulgogi Hotplate is CJ Lunch Bar‘s offering. Here, I found the chicken to be overcooked and the seasoning unbalanced with the sauce being overly salty and needing just a bit of sweetness and more depth in flavour to match CJ Lunch Bar’s. The richness of the cheese though, helps complement the spiciness so that’s a definite plus. 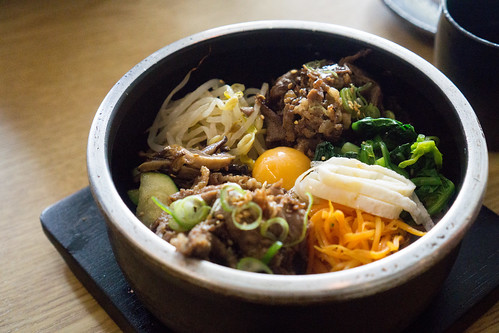 I’m going to again, compare Miss Korea Kitchen’s Stone Pot Bibimbap with Don-Udon (Box Hill) where their Don-Udon has such amazing flavour to it from how they cook each of the components and the addition of the chilli paste. Miss Korea Kitchen’s Bibimbap isn’t bad, each element has flavour to it but it’s definitely not as flavourful as it could be. 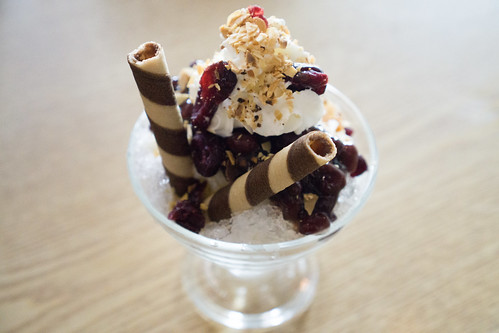 I saw this Mini Patbingsu on the menu, which is basically a Korean version of an Ice Kachang or Japanese Kakigori. Their Patbingsu comes with chopped fruit, red bean, fruit syrup, condensed milk and wafers. For $8 it’s actually quite small and flavour wise it’s quite lacking. The shaved ice is very coarse with not enough condensed milk to add that richness it needs. The whipped cream topping lacks flavour as well so the overall result is  a pretty bland and expensive dessert.

Ignoring the Patbingsu dessert, I found Miss Korea Kitchen to have overall tasty Korean dishes and it’s one of the better ones I’ve been to in Melbourne.