After an extensive search on Zomato I came across Nachos Cantina in Mount Waverley which had pretty great reviews to its name. I love Mexican food; flavourful meat, corn, rice, sometimes spicy, and copious amounts of cheese. What’s more to love?

Nachos Cantina’s Enchiladas are absolutely delicious. Served with rice these are a little bit spicy but everything complements each other. 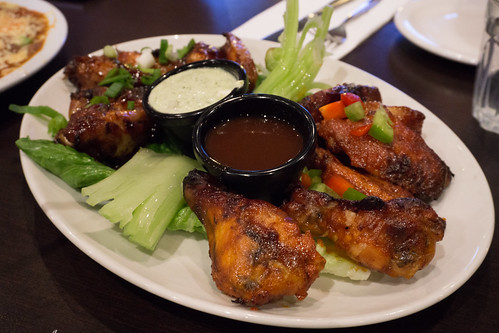 //embedr.flickr.com/assets/client-code.jsI was a bit disappointed by the Buffalo Wings, we ordered a mix of Spicy and BBQ, but for the price and taste wise it wasn’t anything special. 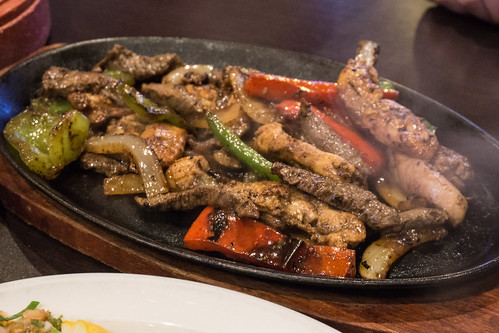 The Sizziling Fajitas with rice and warm tortillas, guacamole and salsa was another tasty dish. I loved the marinade they add to the meat, and eaten with the tortilla and salad it’s a great meal. 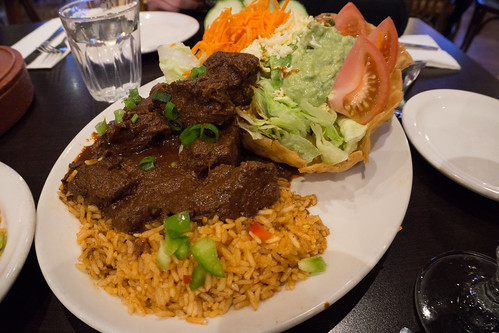 Tex Mex Ribs with Mexican Salad was an interesting one. The salad comes in a deep fried cup but I found that a tad too oily for my liking. The ribs were tender but wasn’t a big fan of the flavour. The rice in all the dishes, on the other hand, was flavourful and fresh.

Delicious meals for a great price and I now don’t have to venture too far for good Mexican food. 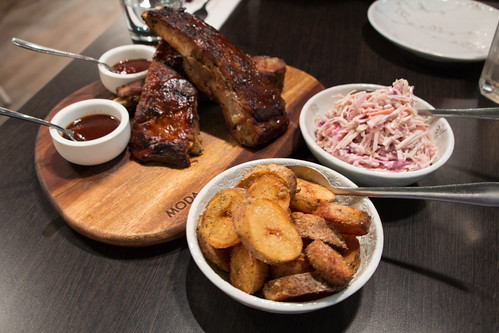 I’ve previously dined at Third Wave Cafe in Prahran (just off Commercial Road x Chapel St) and tried their breakfast/lunch menu which you can check out here and I was thoroughly impressed by their dishes. Third Wave Cafe have generously invited my friend and I to try their dinner menu where their specialty is slow cooked, smoked meats and fish American BBQ style. Although their BBQ meats may be the attraction for some, they also have a Paleo menu and even dishes such as burgers and quesadillas to try. So for those that have tried Third Wave’s breakfast and lunch menu, it provides a small window into BBQ dishes but only when dining here in the evening will you find their expanded Slow Smoked BBQ menu.

We ordered the Pork Ribs (450g/Half Rack), which were absolutely delicious. The pork is tender, easy to slice off the bone and cooked to perfection with just the right amount of BBQ flavour. Served with the Pork Ribs, are two different BBQ sauces, the Spicy BBQ sauce and Apple Bourbon sauce, both having their subtle flavours that match the barbecued ribs. I love the spicy BBQ sauce in particular, as it’s smokey yet not overpowering and the spiciness gives the ribs a little kick but even then you could go without any of the sauces as the ribs are seasoned beautifully with the tastes of southern American cuisine. 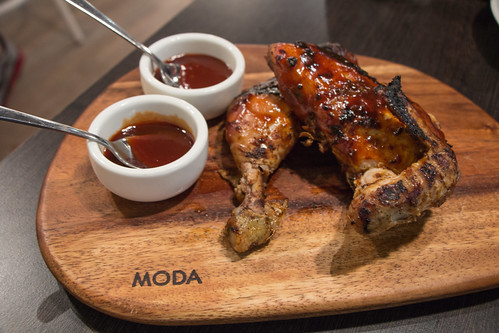 Third Wave’s Chicken (Medium Plate) was also fantastic and it really isn’t a surprise anymore that the food here is a step above. From their menu’s explanation, it details that the chicken is marinated overnight and smoked using Maple wood for many hours. The chicken is moist, and the aroma of the smoked chicken is salivating. Often Chicken that is barbecued is tough and dry, and I find it very difficult to cook well but here they have done the chicken justice. The chicken here, like the pork ribs above is served with two different BBQ sauces which I believe one was the spicy BBQ sauce. 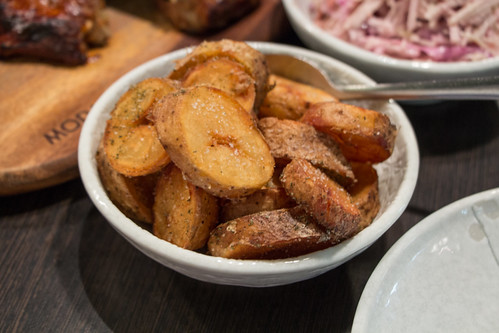 For sides we ordered the Confit Kipfler Potatoes (Medium Plate) which are Kipfler potatoes confit in duck fat and seasoned with salt and rosemary. The potatoes were crispy and the subtle seasoning of rosemary is all you ever need, but the one downside was the liberal use of salt. 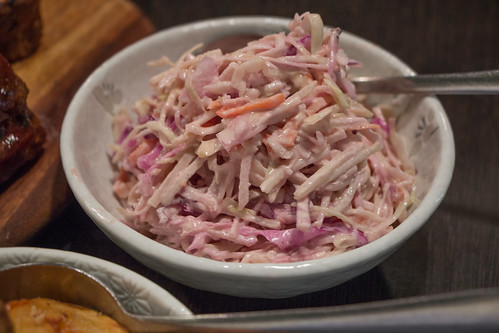 Having a crispy theme going on with the sides, we ordered the Crispy Coleslaw that is a mix of apples, carrots, cabbage and with Third Wave’s own coleslaw dressing. There are hints of richness from the mayonnaise that is cut through by the slight bitterness to the cabbage and a hint of tang. It isn’t something I would order often but it does at least provide some lightness to your overall meal.

Third Wave Cafe’s serves delicious dishes throughout the entire day, so it’s no wonder people come back for more and I definitely will keep coming back. One of the highlights in both their dinner and lunch menus is their smoked meats and BBQ dishes. Their Texan Fry Up and the Pork Ribs here are my personal favourites but with an interesting variety on their menu, there is room for some competition. I sincerely do recommend trying their menu at least once, tasty BBQ dishes breakfast, lunch and dinner and with friendly service, I don’t think there is much else you could ask for.