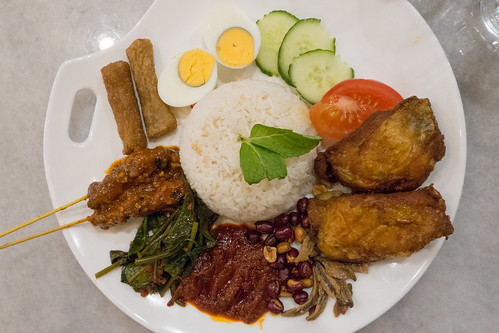 OldTown White Coffee opened its first restaurant in Melbourne earlier this year. Old Town already has a presence in Australia through its 3 in 1 White Coffee sold in quite a number of Asian grocers across Victoria. Originally from Ipoh, Malaysia, it has spread across Malaysia and into parts of Asia as well. It’s similar to PappaRich with its prominent drinks menu and wide variety of Malaysian dishes to choose from.

Oldtown’s Nasi Lemak comes with a number of sides, such as fried chicken, satay skewers and seafood sticks and of course sambal. The sambal is quite fragrant, although is sweeter than I would like. I still would say PappaRich’s sambal trumps it but it’s not far off. I found the satay to be warm, and not hot, which indicated to me that they pre-cook it. I suppose that’s to be expected as to speed up the order to serving time. The fried chicken, however, appears to be cooked to order. The coconut rice leaned towards the mushier side of things, and the fried seafood sticks were interesting things but I wasn’t a big fan of it. Overall, it’s a nice dish with many accompaniments which is a plus! 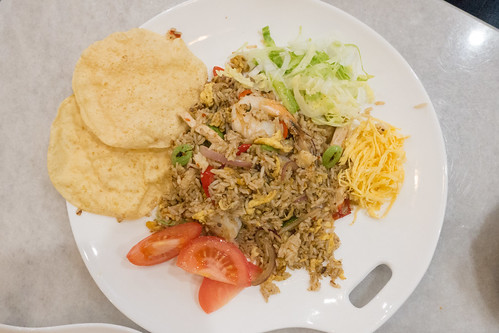 Their Balacan Seafood Fried Rice is delicious. It has that lovely fragrance of spices and it was spicier than expected. 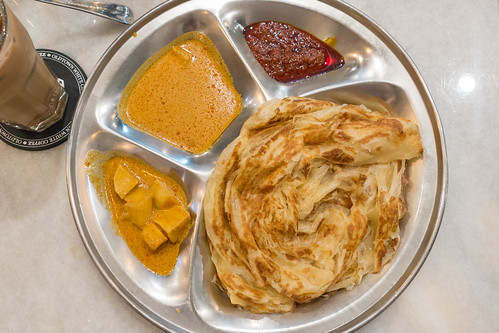 I simply adored the Roti Canai, it’s fluffy and crisp. It’s my favourite Roti Canai in Melbourne. Every other Malaysian restaurant does it the typical square shape and although it’s crispy when cooked on the stove, it lacks this lightness to it that Oldtown’s has. It’s served vegetarian with a Curry, the typical Dahl curry (without the Dahl) and sambal. Mamak’s curry probably beats it in terms of flavour but its all pretty similar in my books. I’d go back just for this Roti though, it’s that good. 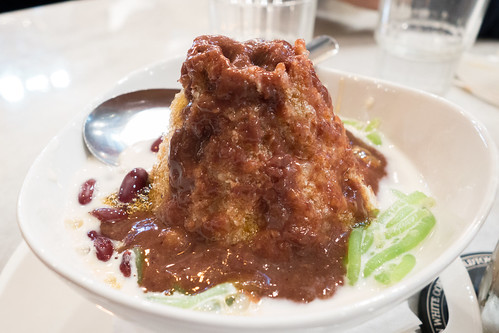 Their Ice Kacang looks exceptional but leaves a lot to be desired in terms of taste. It’s overly icy, the shaved ice is too rough for my liking. It lacks the red syrup (usually like a rose syrup), but does have the brown sugar or palm sugar syrup. The cendol jelly is a nice bonus but once you get the syrup, condensed milk mixture wrong, it really lets everything else down.//embedr.flickr.com/assets/client-code.js 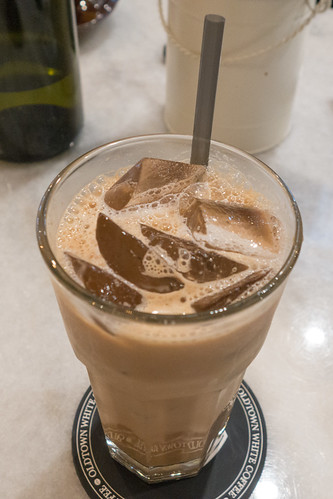 Oldtown’s Ice Teh Tarik has a wonderful strong tea taste, though just a tad too sweet for me. One of the better ones in Melbourne.

The reviews for Oldtown make you really question whether you would want to try it out. Maybe, I dined on a good day when service was pretty fast, although not particularly friendly but that’s pretty much expected at most Malaysian/Asian restaurants. Taste-wise it’s definitely above average and I can’t really understand the poor reviews it has received apart from the pricing which is a $1 to $2 more than most Malaysian restaurants. I’d go back.