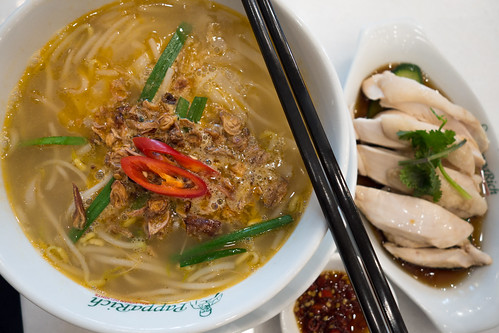 The Knox venue is the latest PappaRich outlet to open in recent years. PappaRich remains one of the most popular Malaysian restaurants in Melbourne and you can see by the queues even after the stores have been opened for months or even years! PappaRich has opened in the foodies part of Knox, in the Westfield Knox O-Zone. Recently, I was graciously invited to dine there for the Knox launch with a few other local food bloggers.

The menu remains the same for all PappaRich establishments, but if unfamiliar the menu is extensive. Roti, Fried Noodles, Noodle soups, Rice dishes and a variety of desserts, drinks and small eats as well. 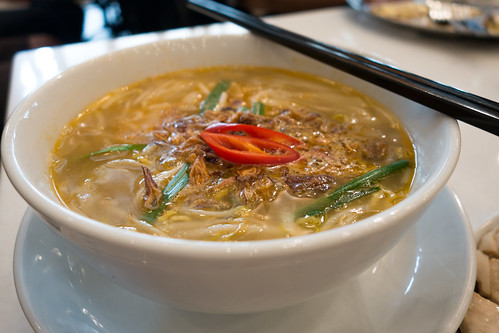 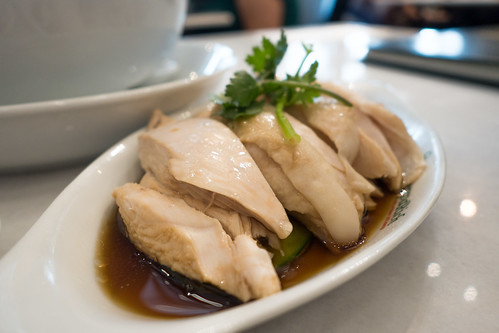 Most often I gravitate towards their Ipoh Koay Teow Soup with Steamed Chicken or with Prawn and Chicken slices, funnily enough my friend frequently orders the same dish too. One of the things I love about this noodle soup dish is it’s very fresh with its ingredients of the light (yet flavourful) soup, bean sprouts and the noodles. Complemented with the steamed chicken, it isn’t as rich or heavy as some other dishes because other than the fried shallots, nothing has been deep fried. According to my friend, it was a tad salty but given it’s only just recently opened it just needs a bit of refinement. 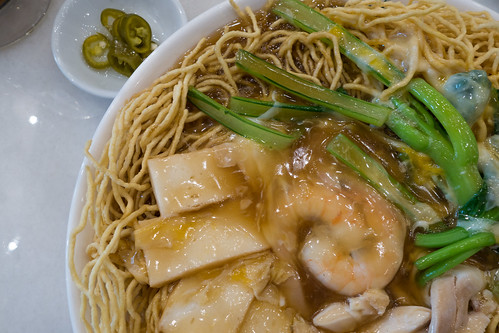 The Crispy Egg Noodles was something I haven’t actually ordered before from PappaRich. It’s interesting as it uses a different type of noodles that I’d normally associate with a Crispy Noodles Seafood Combination but of course these are slightly different dishes (as the Seafood combination tends to use an egg gravy which is more white in colour). The noodles aren’t as crispy but still retain a bit of bite to them. Other than the crispy noodles itself, the flavouring of the sauce is crucial to combine all the ingredients together. The gravy here is more subtle in taste than I’m used to but goes well with the tender chicken and prawns. It’s a substantial dish I must say, like most of the PappaRich dishes. 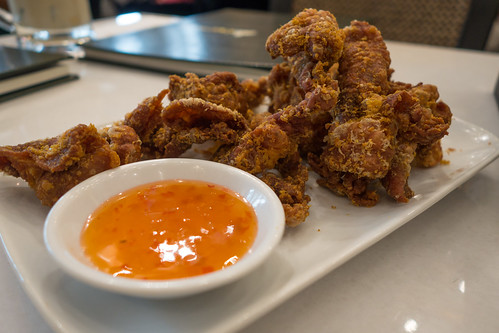 The Deep Fried Chicken Skins seems to be a popular choice among my friends, the pieces were quite large to just pop one piece in your mouth and crunch but it can be addictive! 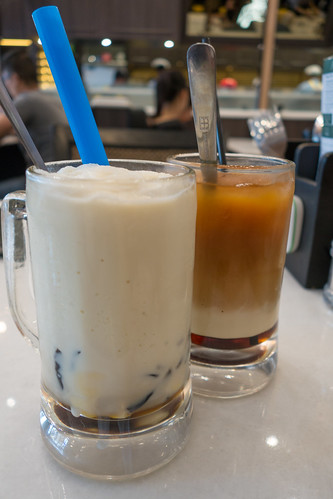 Pictured above is their Soya Milk with Jelly and the Teh C special. Teh C is one of the more interesting Malaysian drinks, with its distinct layers of tea, evaporated milk and gula melaka syrup (sugar syrup). It’s similar in some sense to a Teh Tarik but the gula melaka does add a unique flavour to it that I quite enjoy. 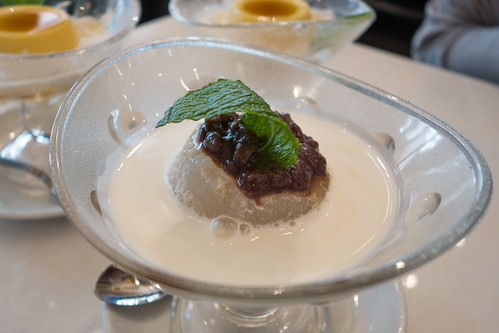 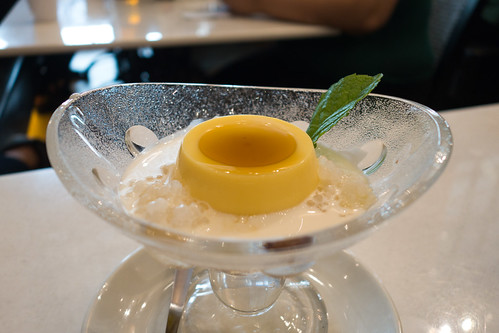 Of course we had to try their desserts too! The Sago Pudding and Egg Sago Pudding pictured above is served with coconut milk. The Sago Pudding is topped with Red Beans, it’s a tasty dessert but I love sago (In cold desserts, hot or even as Kueh). The Egg Sago Pudding, however, was probably my favourite dish of the day. The Egg Pudding was silky smooth and just enough sweetness. Combined with the creamy coconut milk and sago it just makes for a delicious treat.

While PappaRich Knox hasn’t reached the highs of their Chadstone store for me, yet, in terms of their noodle dishes. It certainly is early days yet, however what you can’t go wrong with is their desserts and drinks. So for the upcoming summer, it’s great to just sit out with a cooling drink after watching a movie or after a hard days work shopping and just relax.