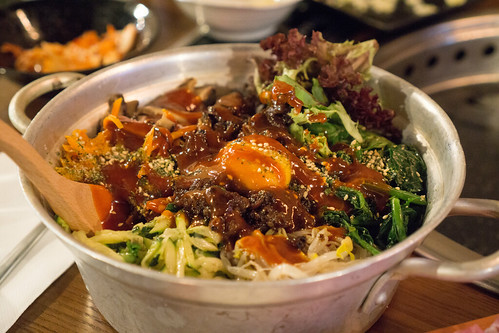 //embedr.flickr.com/assets/client-code.jsBBQ Code on Springvale Road, Glen Waverley offers Korean cuisine, specifically, Korean BBQ but they also offer the more commonly known Korean dishes such as Bibimbap, Korean Fried Chicken and Kimchi Soup. There aren’t many Korean restaurants in Glen Waverley, so it’s presence in the area is much welcomed. The Bibimbap is flavourful with fresh vegetables and tasty seasoning. It’s quite good value! 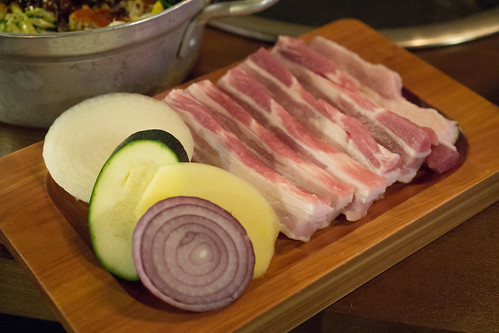 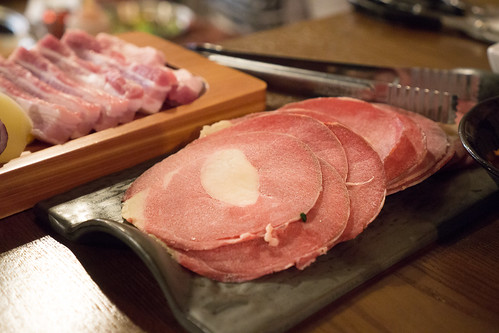 Their Pork and Beef BBQ items comes with complimentary condiments like Korean pancake, Kimchi and Potato salad and the staff look after the cooking for you; unlike some Korean venues. 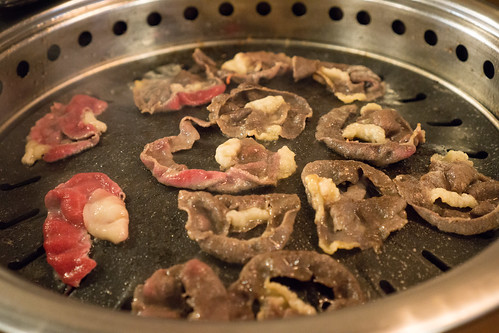 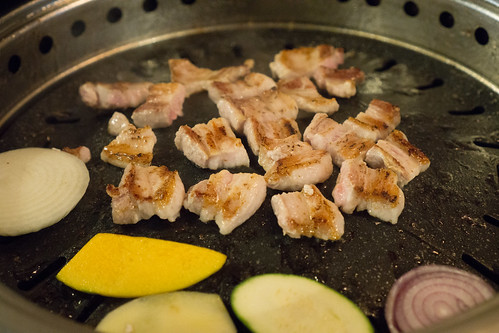 Their Pork and Beef items are nicely cooked, seasoned well and they come with a seasoning salt and chilli sauce for you as well. Though, price wise it’s definitely on the high end of things.

I’d probably recommend Korean BBQ places like ChangGo or Wooga in the city for taste and good value. BBQ Code is nice, but not worth the price to pay.