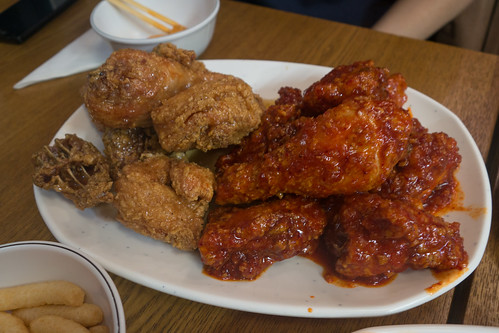 Eating at Gami is best with those to share the meal with. With its appeal of Korean Fried Chicken and Beer, it can make for a tasty evening meal. Now with 3 locations in the CBD, and another in St Kilda, it’s great environment just to relax and have some Korean food with a few drinks.

Gami have 4 options to choose from their Fried Chicken menu, Original, Sweet Chilli, Soy Garlic and Spicy. If you’ve never tried the spicy chicken here, be warned it packs a huge punch. I love a bit of spiciness but I couldn’t take more than a few pieces!

Their original chicken flavour is my preferred option to be honest, it’s crispy, with a bit of sweetness and tender. The spicy version lacks the crispiness of the original due to the sauce its coated with. 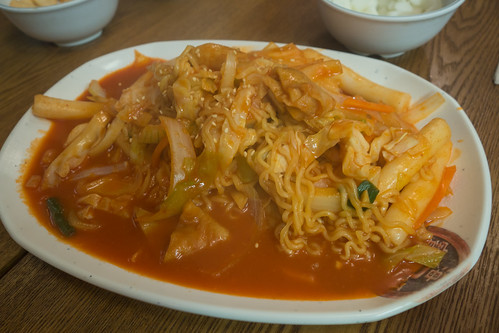 Other than Fried Chicken, Gami also has a few other menu options such as Kimchi Pancake, Spicy Seafood Soup, and Tteok Bok Ki (Toppoki) which we ordered. Toppoki is usually spicy and here is no exception, but with the noodles in the dish, the sauce no longer overwhelms the rice cakes. Probably one of the better Toppoki’s in Melbourne that I’ve tried.

Impressions
I wouldn’t say their Fried Chicken is the greatest I’ve ever had, but it’s tender, crispy and with enough flavour and goes down well with a beer! What more could you ask for really.