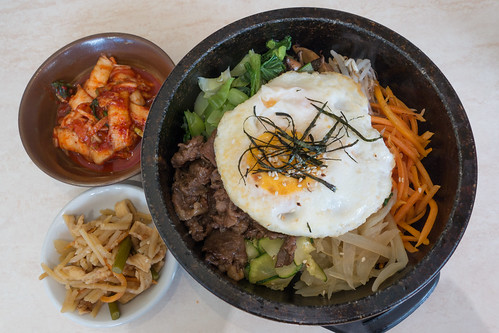 Gangnam Station is one of the few Korean restaurants in Box Hill. Located on Carrington Street, it’s just across the road from Box Hill Central and from the notorious parking lot. They serve your Korean resaurant staples such as Bibimbap, Bulgogi, Korean Pancakes, and of course KFC (Korean Fried Chicken), however most dishes do lean towards the pricier side of things but I believe they also offer a few special dishes for lunch on weekdays.

Gangnam’s Stone Bowl Bibimbap, has all the ingredients for a tasty Bibimbap. I love the stone pot cooked rice, with it’s crispy and crunchy exterior. Flavourwise, it was severely lacking and the chilli sauce accompaniment was much needed to bring it all together. Don-Udon’s Stone Pot Bibimbap is excellent in comparison, with just enough seasoning and flavour. 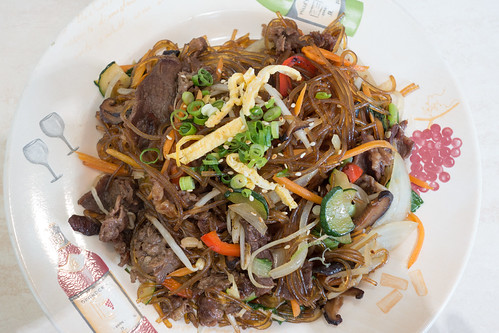 I haven’t found a Korean restaurant that can do a Jap Chae like Don-Udon, or even close. Here it lacks the that certain “wok flavour” that is much needed for the potato noodles, otherwise it tastes just like a simple soy sauce stir fry. This was probably one of the more disappointing versions (the overpriced Guhng is another) I’ve tried. 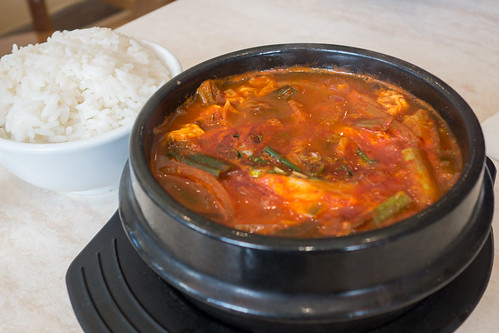 Their Spicy Chicken Broth  was probably one of the better soups I’ve had. However, haven’t come across a bad one yet! On a cold winters day, this will be very satisfying.

Impressions
Gangnam Station is probably not one of the best Korean restaurants but I’ve had a few decent meals here apart from their Jap Chae and Bibimbap. However, there are a few other Korean restaurants in Box Hill that are more bang for the buck and tastier like Don-Udon and Yami Yami. 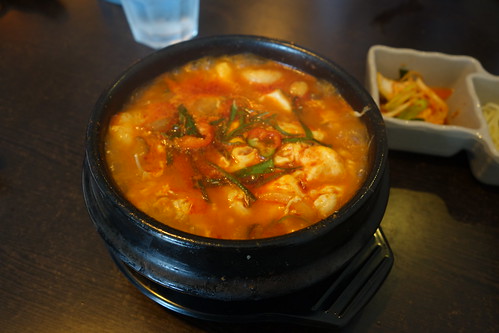 Arisoo on Victoria Street, Richmond is one of the few (but increasing) number of Korean restaurants around town. Towards the Hoddle St end of Victoria Street, the type of Korean cuisine is quite similar to many other Korean restaurants such as By Korea or Seoul Soul. One of the things I like about Arisoo is service is great, and definitely value for money with their lunch specials and of course, delicious Korean food. 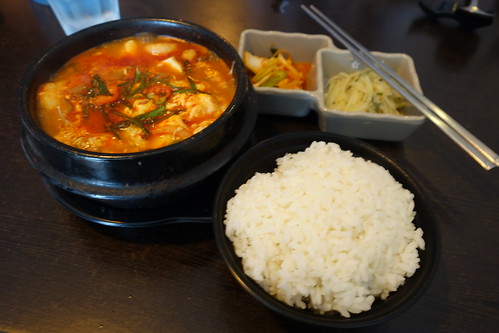 Their Spicy Tofu Soup with rice is one of my favourites, it’s not overly spicy and has just enough sweetness to balance. Dishes here are usually served with complimentary side dishes. 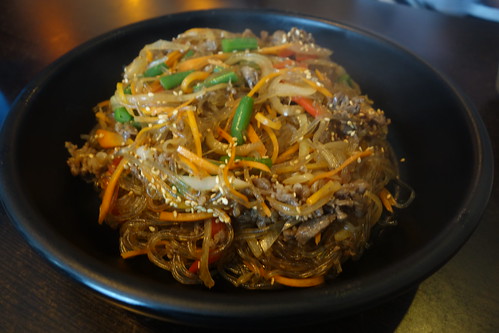 Arisoo’s Chap Chae (Jap Chae) is also a winner in my book. Some restaurants just can’t seem to do it right, but here it comes close to my all time favourite Chap Chae from Don Udon in Box Hill although just lacking that certain kick in flavour.

Impressions
Having dined at Arisoo on numerous occassions, I haven’t actually found something I hadn’t liked! With great tasting dishes, lovely service and often or not seating always available. It’s one of my go-to’s for Korean food in Richmond. 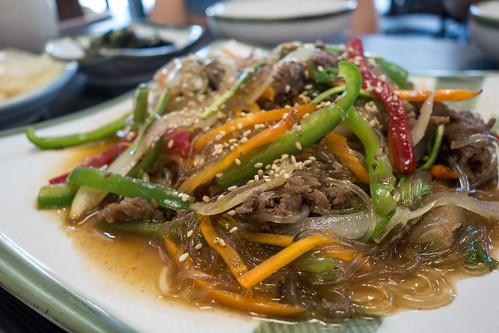 Hanbat Korean Restaurant recently opened its doors in Box Hill, in the predominantly Korean side of town (on Bank Street). According to the owners, Hanbat is from a famous franchise in Korea. Only doors down you can find Yami Yami and Korean BBQ as well as a Korean grocery store and hairdresser. It seems like the Korean community is certainly growing in Box Hill, much to my liking!

I love Don-Udon‘s Jap Chae and that’s the standard I will uphold all other restaurants too. Here the Jap Chae just lacks that oomph in flavour, as well as being overly wet. It beats Crunch Box but no where near as delicious as Don-Udon. 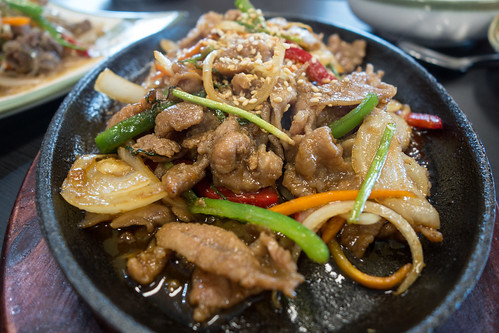 Their Pork Bulgogi isn’t too bad either, but again I find the flavour just lacking a tiny bit compared with the other Korean eateries around. 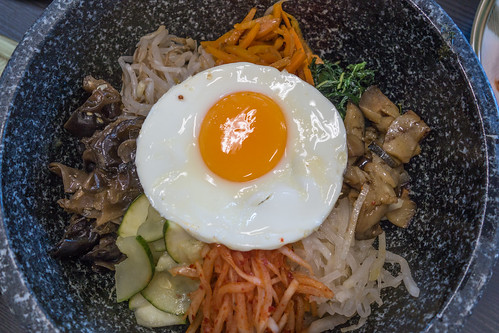 Their Hot Stone Bibimbap adds numerous fresh ingredients, and with the chilli sauce gives it the much needed kick. My only negative is probably the egg being slightly overcooked. 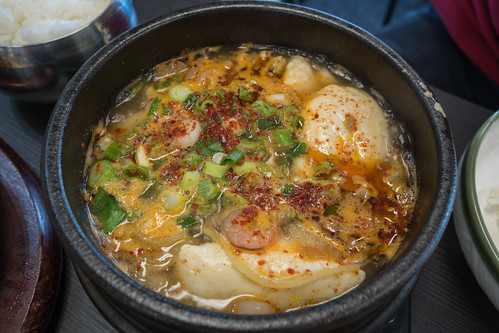 Hanbat’s Spicy Seafood and Tofu soup again isn’t my favourite, that award lies with By Korea in Richmond but taste wise it’s actually quite decent with the soft tofu and flavoursome soup base. Nothing to write home about but again I’d say a good dish.

Overall, I wasn’t too impressed with the quality of the dishes served here. Which is unfortunate as you never want to dine at a place that disappoints and I want restaurants to succeed. However, it seems the food aren’t up to the standard of Yami Yami or Don-Udon in the area. I’m just hoping we were just unlucky and didn’t select their standout dishes.