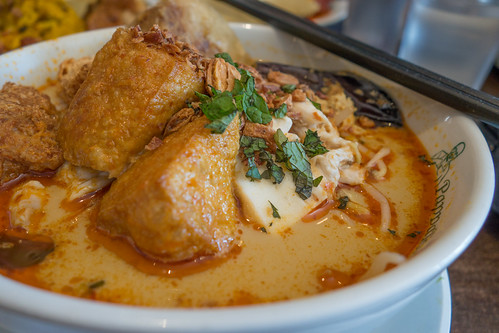 PappaRich is practically everywhere in Melbourne, and interestingly their Doncaster outlet is located in a separate building and not part of a shopping centre or shopping strip. It’s a spacious area but bustling during the weekends. If you had never been to a PappaRich before, they basically offer a wide selection of Malaysian rice, noodle and roti dishes along with a an almost innumerable amount of drinks to choose from.

PappaRich’s Chicken Curry Laksa is one of the better laksa’s around town, but still the ones to beat are Chef Lagenda and Laksa King. It’s just creamy enough, with the right amount of chilli and spices. With a hint of mint to freshen it up. 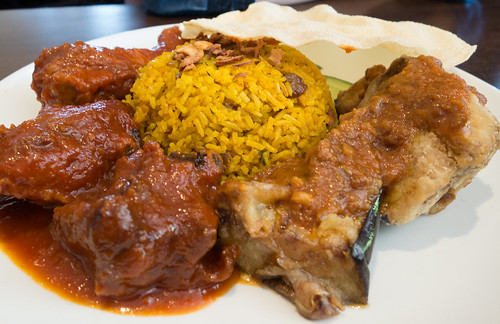 Their Red Chicken Briyani with Fried Eggplant is a dish you wouldn’t often come across as it leans towards the more Indian/Malaysian style of cooking unlike most Malaysian restaurants which are more Chinese influenced.

I love Briyani and the rice here has that lovely spices infused into the rice, but I detest sultanas in dishes so I very rarely (read: never) order this. Comes with a crispy thin pappadam too! 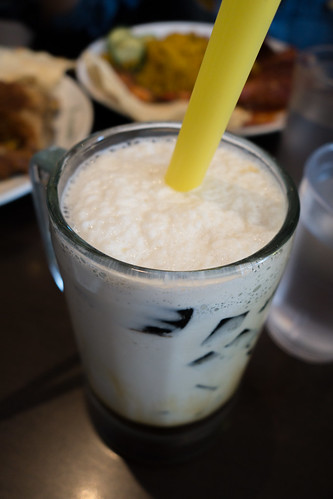 Their drinks are usually quite good, I opt for the Soy Bean Milk with Grass Jelly on many occasions because it’s not too sweet and getting it with jelly is always enjoyable.

Doncaster outlet doesn’t stray too far from the standard set by Chadstone or Glen Waverley so it’s nice to have one on the eastern side of town.

I’ve dined at most of the PappaRich stores in Victoria and the Glen Waverley and Chadstone stores I would say are the best of the bunch. Although, I’ve heard from numerous people the Doncaster outlet is above all, I have actually yet to try it even though it’s now the closest one to me. Go figure.

Malaysian cuisine has almost become part of the Melbourne dining experience with Nasi Goreng or even Laksa as commonly known dishes to most. What isn’t as well known is probably the more Indian or Malay influenced Malaysian dishes such as their Nasi Kandar style dishes which is usually rice served with curry and side dishes.

PappaRich has a decent selection of menu choices such as beef rendang or curry chicken or even prawns and eggplant for instance. Generally, I would say you can’t go wrong with it and the Biryani offerings I would say are pretty darn tasty.

Their Har Mee (Pappa Prawn Mee) is one of my favourite Malaysian dishes. Some restaurants tend to water down their prawn soup base, but here it’s still full flavoured. My only con is that it’s just overly oily. Otherwise it’s something I can probably rely on being satisfied with.

Impressions
As mentioned before, PappaRich Glen Waverley is one of my preferred PappaRich outlets and both service and food quality is above average. Although finding a table during peak times can be the most challenging issue of it all. Queuing is almost the norm there. However, to be honest I would probably prefer to dine at Petaling Street for my Malaysian fix at Glen Waverley. Though, you’re really spoilt for choice with Kitchen Inn, Straits of Malacca and O’Town all within walking distance from each other.