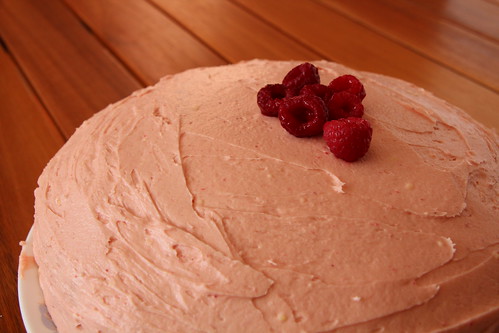 When I made the Raspberry Soufflé, I had excess raspberry purée and I’m the type of person that likes to use up everything I use or I feel it’s a bit of a waste. Especially so, if it’s something that was a bit time consuming to make (sieving of all the seeds out). I found this recipe on Brooklyn Supper that had an amazing looking layered Raspberry Cake with Buttercream frosting. I never had a raspberry cake before so I was quite excited to make this. Check out the recipe below! 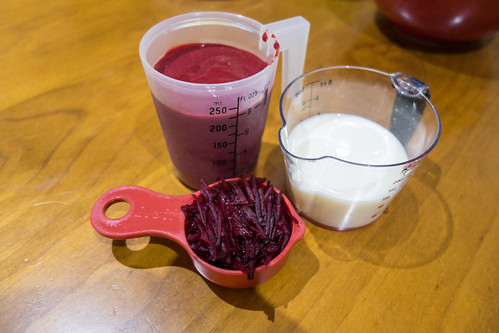 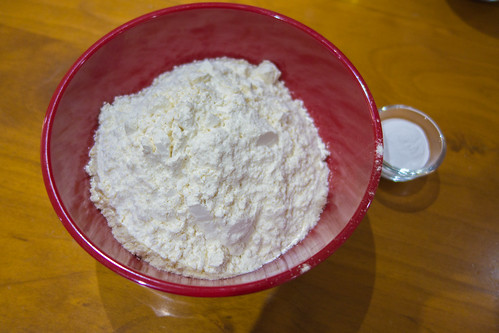 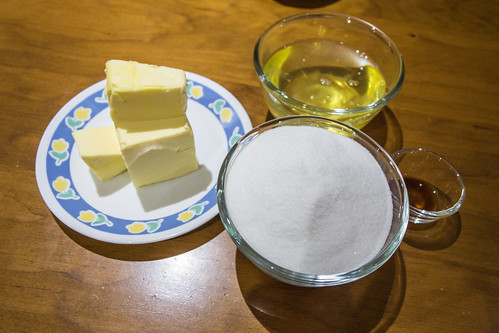 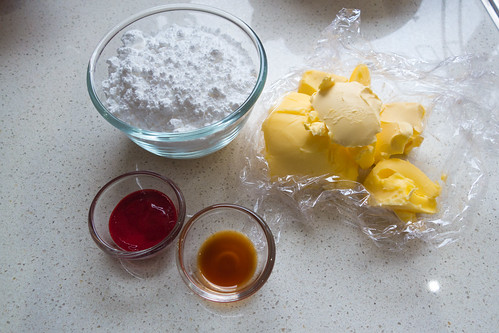 Method
Raspberry Cake
1. Preheat the oven to 177  degrees C (350 F). Line the cake pans with parchment circles, and then liberally butter and flour the parchment and pan sides. Set aside.

2. In a blender, purée the raspberries. Push the purée through a mesh strainer to remove the seeds. 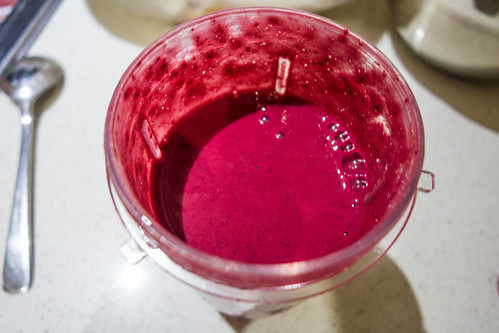 3. In the same blender, combine 1 cup raspberry purée (reserve the rest for the frosting), the grated beets, and the milk. Pour into a glass and set aside.

4. In a large bowl, combine the flour, baking powder, and salt.

5. In the bowl of a stand mixer fitted with the paddle attachment, or in a large bowl with beaters, beat the butter on low until pale and fluffy. Scrape the sides, and add the sugar, beating for a minute or two. Fold in the egg whites.

6. Next, with mixer on low, add half the raspberry milk mixture, and half the flour, and then the rest of the milk, and the rest of the flour. Use a spatula to scrape the sides and fold the mixture together, ensuring that the colour is well incorporated. 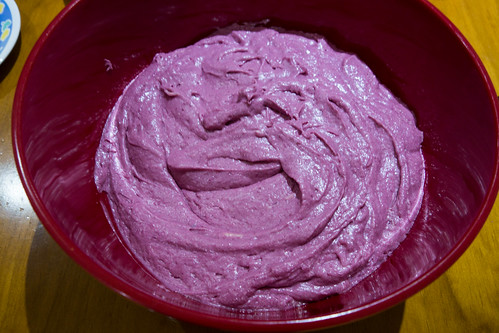 7. Pour the batter into the prepared cake pan (the original recipe uses 2 pans with 2/3 each but I decided on just one), tap on a table to knock some air out if needed. 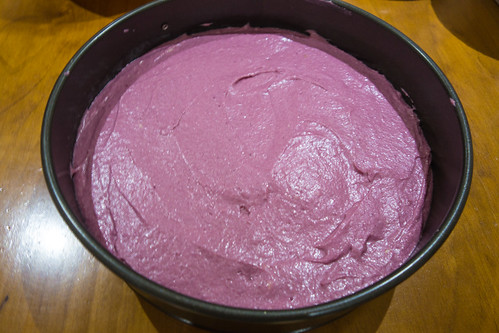 8. Bake cakes for 40 minutes, or until a toothpick inserted in the centre comes out with just a few crumbs attached. 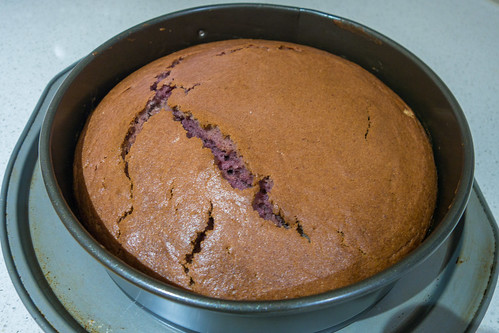 9. Set cakes aside to cool. After 15 minutes, flip cakes out of the baking pans and onto a rack to cool completely.

Raspberry Vanilla Buttercream Frosting
1. In the bowl of a stand mixer fitted with the paddle attachment, or with a regular mixer, beat the butter until light and fluffy on medium speed. 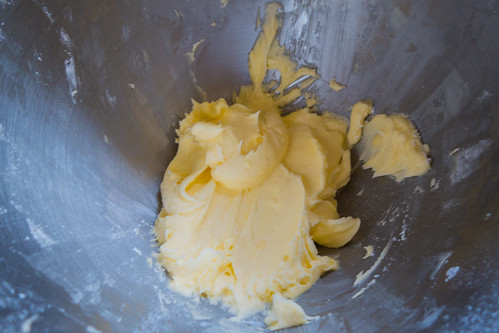 2. Slowly add the confectioners sugar, scraping down the sides often. Add the sea salt and vanilla extract, beat for another minute or two.

3. Add a couple tablespoon or so of purée to the remaining buttercream until you have achieved a thick, but spreadable consistency. 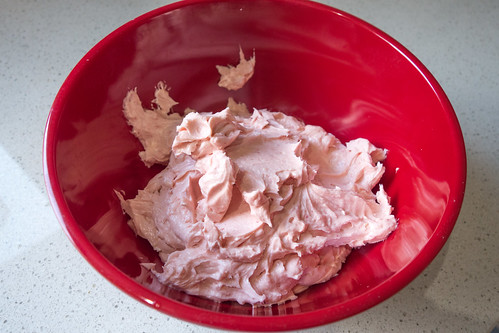 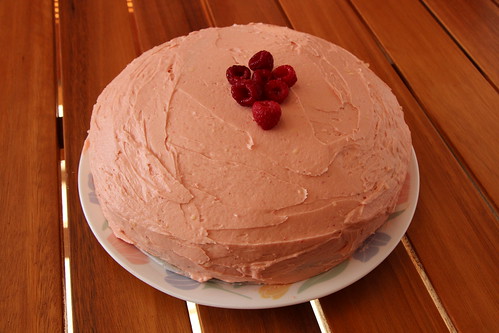 I’m not particular sure if it was just my batter but the cake is a bit on the dense side, but it’s nonetheless delicious. The raspberry flavour comes through exceptionally well and with a bit of sweetness. I lessened the sugar (halved it from the original) in the cake batter because I knew I was going to decorate the cake with the buttercream frosting which is usually super sweet anyway because of the icing sugar.

It’s actually a bit refreshing cake (even though it’s sweet) because of the slight tartness of the raspberries added through the cake mix as well as the buttercream. I made a mistake with the buttercream as my butter wasn’t particularly soft to whip so it ended up with a few small lumps in my buttercream. Preferably I would have used the old microwave trick but I thought leaving the butter overnight would have sufficed (seems not)

Other than that, as you can see there were a few holes in my batter too. I think tapping the mix before placing in the oven would have ensured the holes were gone but live and learn.

This cake requires a bit of work (especially with sieving the raspberries) but I think it’s well worth the effort. 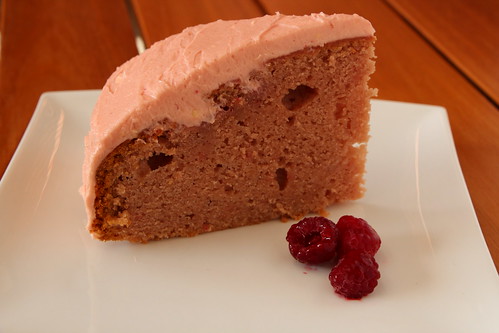